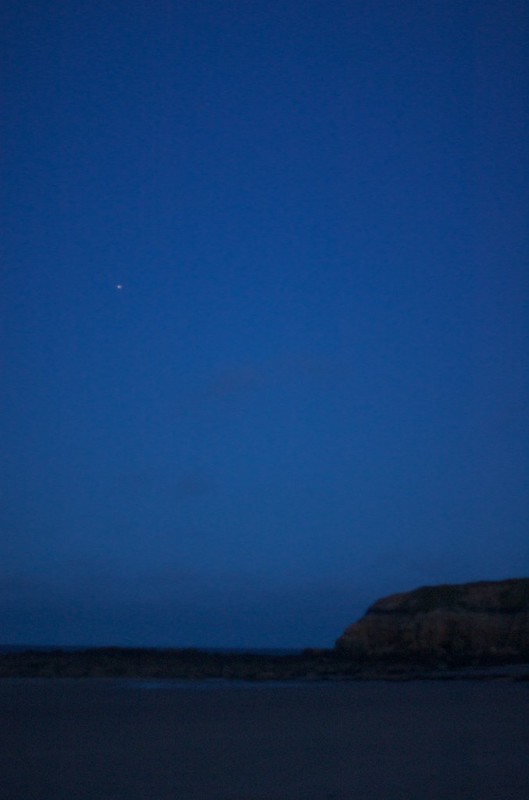 Last week, the International Space Station made some terrific passes over the UK. I took this on Tuesday from the beach at the end of our street – it’s a terrible photo of an amazing sight.

A couple of nights later, in Cardiff Bay, I skipped away from the table of the café I was sitting outside, to catch another glimpse. The waitress thought I was a bit weird, but reckoned my excuse was sufficiently implausible that it had to be true.

The Cardiff pass was even brighter, and directly overhead. I stood with my friend Wendy and her son Oakley, the three of us gaping in astonishment (well, two in astonishment, one drooling gently). A passer-by back-tracked to ask us, “What is that? You look like you were expecting it.”

We showed him the print-out from Heavens Above that we had, and explained that it was about the brightest pass of anything manmade that’s likely to happen all year. He was as giddy as us about it.

There are people in that little dot of light, whizzing around the planet. Crazy.